Just as the 2015 GAA football & hurling championship gets under way, many of you are asking us for ways to get around the RTÉ geo-block. You want to watch GAA online, and here are a few ways that you can go about doing that. If you know of any other ways of watching RTÉ or GAA online let us know in the comments!

There are of course legal ways of getting access to GAA games outside Ireland with GAAGO (https://gaago.rte.ie/). This is a pay-per-view service that gives you access to individual games for €10 per game or €160 (or €100 if you are in the UK) for the season pass. With the season pass you get access to all GAA Championship and League matches as televised in Ireland plus selected Club, U21 and Minor fixtures. In all they promise over 100 games. Our first recommendation would be to pay for the service. In previous years we have heard reports that there was some issues with the service breaking down, but as far as we know the service is now more mature in it’s 2nd year of operation. 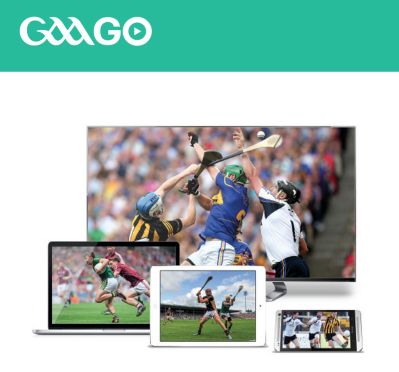 GAAGo uses the same system as the RTÉ Player to stream the games, and the quality of the stream depends on your connection.

Hola.org is a browser plugin that works with your browser to extend it’s functionality. It’s a FREE service that allows you to view websites as if you are in other countries.

Once you install the plugin you activate it and then browse the internet as normal. When you come to a website that has a geo-restriction block on it you will be given the option to pick a country where you would like to browse from. 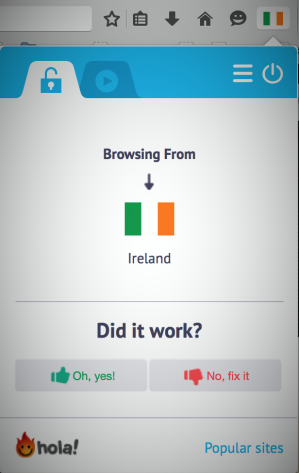 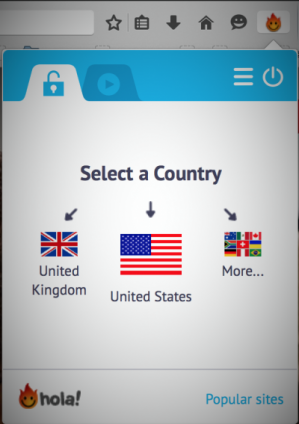 There is also an option to give feedback if the unlocking was unsuccessful. It will then try a new route to unblocking the content.

As far as we can see their technology sends your request to Ireland and then the unlocked content is requested there on your behalf. We assume they use other browsers on the networks to get around the geo-block detection system. This makes it very hard for services to block Hola, as it’s a distributed network of people unlocking access for other users.

Hola is an Israeli company and was initially launched in 2012. The Hola company claims the following:

“The Internet is slowed down by server response times, Internet congestion, round trip times, and poorly written communication stacks in operating systems. Hola removes these bottlenecks by securely caching content on peers as they view it, and later serving it up to other nearby peers as they need it. Hola also compresses communication between peers to further speed the net.

The Hola browser does have the ability to change the content of the page you see in the browser. For this reason we are always a bit skeptical whether its 100% safe or not, although they do mention that they have over 46 million people using their service. We recommend that you install Hola in a 2nd browser, and reserve that for unblocking websites.

Hola works on FireFox & Google Chrome as a browser plugin. There is a Google Play App for Android devices that are on Android 4.03 and iOS app for devices that run iOS 6 or higher. There are also OS specific versions, on Windows for users on Windows 8/7/Vista/XP and a Chromebook app. More about these versions can bee see here http://hola.org/download

11 Responses to "Watching GAA on RTÉ"