Starting in mid-June this year, the GAA will start to offer a dedicated online streaming service for GAA Championship. This is aimed at expats wanting to view the games from abroad. The new streaming service brought to you is in association with the RTÉ Player. The service will be similar to the online streaming that RTE are already provide to customers in Ireland. Now it’s possible to legally watch some of the main GAA Football and Hurling Championship games online ! GAAGO will be viewable on iPad and Andriod apps as well as certain TV apps and through your computer browser.

You can buy your season pass here.

There is a field for a promo-code when you are signing up.  Now it doesn’t give you a discount, but if you use MCDE007 on signup, 10% will be donated to Munich GAA club.

The main news here is the price, prices for 2014 will be €110 (about $150 USD) for access to all the 45 televised games. Broken down per game it will cost €2.45 per game. Unless you are a die hard fan, we doubt that you will go for this option. Generally you might only want to see your own counties’ game and the quarter finals, semi finals and finals. This would be closer to 15 games you would watch and this would bring your average price per game up to €7.30.

Some of the individual games, like the semi-finals & finals will cost €14 for a one off purchase.

Because of the Sky’s deal with the GAA the number of games that can be broadcast online is lower, and in the UK the price for GAAGO will be €60 for up to 25 games.

Also it’s worth noting that if you are in Australia you will be able to watch the GAA games live on Channel7 for free.

GAAGO also offers on-demand prices. where you can buy a pass just for a particular game. This might be more reasonable for users who want to watch a particular game while travelling or if it’s of significant importance.

We guess that in the event of a reply you will need to pay again for access. 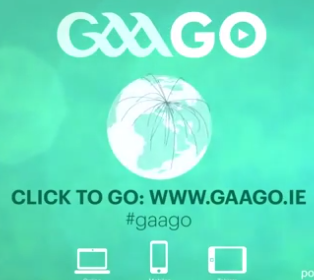 Earlier we had mentioned our unhappiness that Sky had access to games, putting an extra hurdle for people in Ireland and the United Kingdom to watch certain games. And in Australia you will be able to watch the same content for free. There seems to be some inconsistencies in the policy for broadcasting our national games in different regions.

We think that these prices will still mean that people will try to get around the restrictions using proxies or VPNs or other streaming services to access this content. Paying an estimated €7.50 – €14 per game is probably still above the pain threshold for most people to take our their wallets. We reckon that fans will still watch the game in Irish pubs, where possible. Also this content is free if you are in Australia, but you will have to pay if you are in the US or Europe.

In the case that people pay an entry to get into bars to view the game (this often happens in the US) perhaps these customers will elect to stay at home and invite a few friends over instead.

We feel that these prices are about twice as expensive as they should be. The cost of streaming an hour of TV online is now in the fraction of cents so this is no longer a prohibiting cost. Apparently the GAA has done their market research, so let’s see if there will be many people, besides Irish pub owners, buying this subscription.

For those of you who want to see how this service works you can view Tyrone vs Down on this Sunday. You can find out more information about the service on www.gaago.ie . You can see the rest of the Championship fixtures here, with details of what ones are available in what region.