News came this week that the GAA with RTÉ & Sky Sports have reached an agreement for television broadcasting rights for the next 3 years. TV3 will no longer broadcast games.  There has been quite a buzz around the community this week about the implications for the game now that Sky has their grips on a small piece of the action.

In a first look it’s less than impressive, it looks like Sky Sports will get the exclusive rights to broadcast in the UK & Ireland 14 championship games, including the 2 of the All-Ireland football quarter finals. If you don’t have a Sky subscription your only options are to hand over the cash and buy one or to go to a pub. 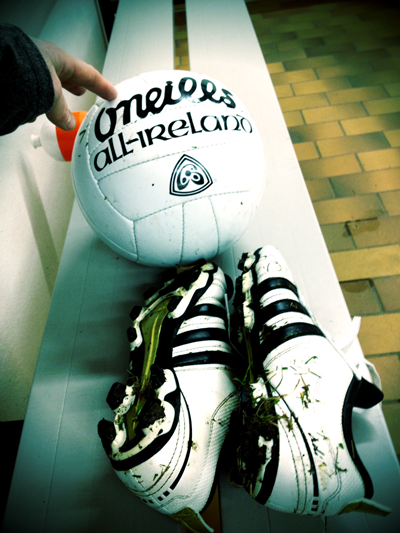 TV3’s Director of Broadcasting Niall Cogley said “TV3 has been proud to broadcast the GAA Championship free to viewers throughout the country over the past six years. TV3 made a very commercial bid for the next three years but this appears to have been superseded by the GAA’s preference for a pay television strategy.”  It’s this pay strategy that is worrying for us. Will we have to pay for more games in the future ?

We have to ask why a non-profit organisation like the GAA, who’s players are amateurs and not paid, needs extra revenue like this ? This deal adds in an extra barrier to have people watch these games.

In our opinion it goes against the whole ethos of the game and the benefits of such a move can’t be seen.

In another interesting move the GAA has offered all 45 games to Australia’s Channel 7. Channel 7 is a free to air TV station. And these games will be free to view for Australians.

“In the negotiation of these rights, the GAA was guided by a wish to drive the promotion of Gaelic games and we believe the new rights’ contracts will provide Gaelic games with their widest-ever global audience reach.”

The GAA has announced that they will offer a new new online streaming service. This will be available for both users in the US and world wide. Prices are, as of yet, are not published. They say that users will be able to watch these games online via their PC, laptops or mobile devices. The infrastructure exists to broadcast world wide via the RTÉ player, it would be a case of increasing infrastructure to cope for the demand (yes there is a demand out there). The cost of streaming video online has continued to decrease over time and it would literally cost fractions of cents per game to show it to users. There has been some amazing growth in interest in GAA abroad, and it should have been a priority of theirs to get the games in front of as many people as possible. It appears now that this will continue with a paid mode.

As for free options to watch GAA outside of Ireland,  unless you can view it via a satellite, a VPN or in a pub. For curious fans of the GAA games in Europe, the middle east, the US there isn’t really a viable option for them, unless they want to sign up for a paid system. Otherwise they will need to sit tight for another 3 years, perhaps then they will have fixed this mess.

Our overall thoughts on this is that it’s a complete and utter disaster. The GAA is charged with growing the game both inside and outside of Ireland. They have now put these extra barriers to viewers of the game. They fail to leverage technology to it’s fullest. The GAA have introduced the elephant in the room with focusing on revenues. Does this mean that players will start to demand pay-for-play ? Will we see player strikes in 2014/2015/2016 ? Our bet is yes.

What will happen in 2017 when the contract is once again up for negotiation  ? Will RTÉ be able to stave off a bid from Sky ? What might seem as a short-term gain right now, may be opening up a whole can of worms in the future.

Sadly this has left us with more questions than answers.