We are a big fan of the Autumn Internationals. Perhaps it’s a quick peek at what’s to come in the following year’s events, like the 2015 6 nations & next year’s Rugby World Cup. Teams often test out new tactics and new players, and it tends to be full of dynamic, free flowing games. Below we’ve summarise the results and fixtures as they happen.

The 2015 Rugby World Cup kicks off on September 15th 2015 with England vs Fiji at Twickenham. The final will also take place at Twickenham on October 31st 2015. So mark that in your diary !

Last week saw Ireland bring in a convincing win against South Africa. The 29 – 15 win will give the Irish a bit of confidence compared with the loss last year to Australia (32-15). Actually the Irish rugby team has only lost one game this year, to England. And with new players like Rhys Ruddock putting in a try, Ireland’s rugby team is certainly looking strong for next year. One interesting story about Ruddock was that he was thinking of quitting Leinster not too long ago. 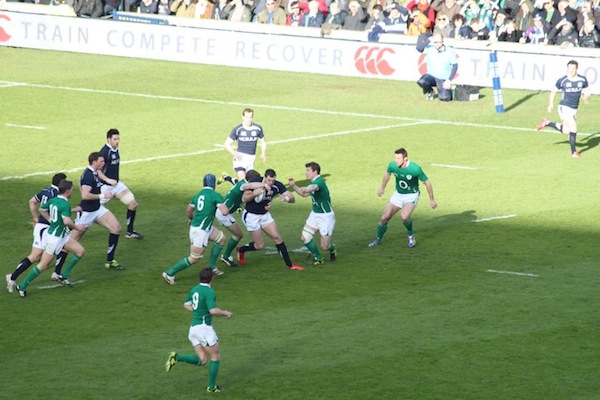 Most of the games will be available to watch online on RTÉ or on BBC Online. There might be other streams available, if we come across any we will share them below.